Why We Need To Improve Diversity Amongst Clinical Trial Participants 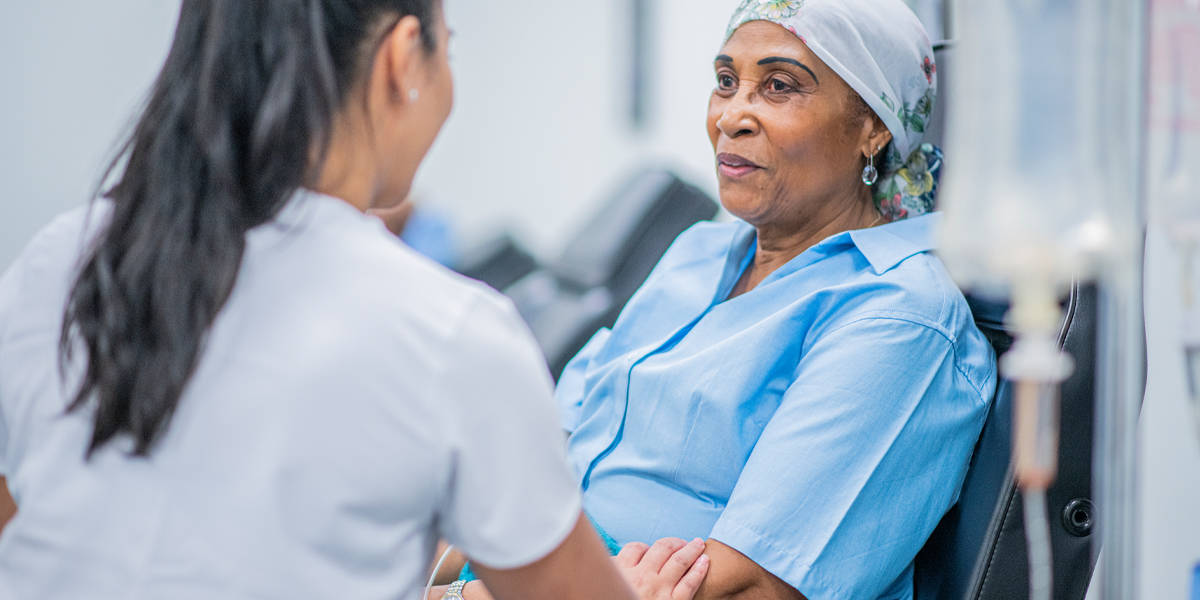 The under-representation of racial and ethnic minorities is a well-documented issue that affects clinical trials around the world. Studies show that people from specific demographics respond to treatments differently, with some minority populations even facing worse health outcomes from certain diagnoses.

We’ve looked already at the impact clinical trial accessibility has on diversity of participants. The next step is to identify the reasons why improving diversity is so important, and what the clinical research industry can do to help address the imbalance.

Here, we explore the issues faced when people of white, European descent are over-represented in clinical trials, the benefits of a diverse patient population on trial outcomes, and how researchers can engage with minority populations to increase diversity among participants to improve overall drug development.

Why is there such a lack of diversity in clinical trials?

Age, genetics, gender, weight, racial heritage and even geographic location can play a role in how effective treatment could be or how safe it may be to an individual. However, clinical trials rarely target all of the possible subgroups to address these factors.

In one of our recent mdWebinars, Jaydev Thakkar, COO at Biofourmis, pointed out possible reasons for this: “Today’s clinical trial isn’t as diversely accessible to a variety of different patients that could otherwise participate. Social determinants, and a number of factors, limit the patients that are able to participate.”

In an earlier webinar, Sean Lynch, Director of Study Operations at TrialSpark, said: “50% of FDA trials in the US are conducted in only 1-2% of zip codes.

“We’ve got this massive concentration of research that’s happening in big hospitals, big academic centres, and professional for-profit clinical trial units. We keep going back to the same sites, the same patient panels and populations. Unfortunately, they are not very diverse, and there’s a lot of evidence and statistics around this. It does not match the population demographics.”

Effects of diversity among trial participants on clinical development

Having a less diverse participation base to work with can impact the advancement of health research, as drugs may be developed without being tested on as many people from different genders or ethnic backgrounds.

According to US Census data, Black or African American individuals represent 13.4% of the population, yet the FDA reports show that only 5% of clinical trial participants come from this demographic. The disparity is greater for those of Hispanic or Latino heritage, with this group representing almost one fifth (18.1%) of the population yet only 1% of trial participants. Because of this, we don’t know whether treatments are equally effective for all racial populations.

Doctors may also diagnose conditions or prescribe medication that will work well for individuals with European genes, but that can be less effective for those from other racial backgrounds. They may need a higher dosage or a different treatment altogether. Likewise, common medical advice may also be invalidated when applied to different demographics.

In the largest study to date of different ethnic populations across the US, there was no correlation between UV exposure and melanoma incidence in black or Hispanic populations. Studies assessing these associations have historically excluded patients with darker skin types and, worryingly, this lack of diversity is not only a problem in dermatological research but across healthcare on the whole.

The benefits of patient diversity in clinical trials

Subgroups of different ethnicities and genders may respond differently to the same medical therapy – a problem which is alleviated with a non-homogenous sample of participants at trial stage. If sponsors and researchers want to develop treatments that are equally effective for the whole population, they should aim to represent each subgroup proportionately.

Not only will increased diversity among clinical trial participants result in better treatments globally, but there are many other benefits too, such as:

Researchers seeking more diverse participants will have to extend awareness outside the typical clinical trial demographic. By reaching out to new audiences, trial participation rates will rise among these demographics.

Medical research will begin to reflect a society as a whole, rather than attempt to extrapolate data from affluent participants of white, European heritage across an entire population.

What needs to happen to make clinical trials diverse

In another of our recent mdWebinars, Director of Global Patient Insights & Advocacy at Merck KGaA, Vanessa Pott, suggested researchers should be “making sure that not always the same people from the same area and the same socio-economic and educational backgrounds end up in research; that there’s more diversity across the range.”

Across our whole mdWebinar series, speakers consistently came back to the importance of reaching minority communities to increase diversity moving forward.

Sean Lynch of TrialSpark said: “Real demographics can be found in your own local community. It’s where people go. It’s where the natural populations are. But unfortunately, there’s a couple of big barriers to allowing these populations to participate in clinical trials, and mostly, it’s about opportunity.”

“We bring research into the community where people seek care. We want to bring clinical research to where you normally go to your own primary care practitioner, to the specialist down the street. And that’s because we see the problem as being one of access and opportunity.”

He added that investigators play an important role in bringing trial awareness to the patient to increase diversity in patient populations. According to Lynch, there’s a larger need for diversity among researchers themselves, as patients are more likely to trust and participate in clinical research when they believe in their doctor.

Andrew Schorr, Co-founder and President at Patient Power LLC, spoke about his team’s involvement with local associates in one of our mdWebinars. In it, he spoke of the benefits of working directly with black barber shops or churches to reach out to different ethnic groups as part of their routine communication.

He said: “There’s an example in lupus multiple myeloma, prostate cancer, let’s say, for black people. [They have] higher incidences. Where are those people? Is it online, or is it in other venues? I think there are efforts to [work with diverse communities], and we’re very supportive of that.”

It’s an ethos shared by Trishna Bharadia, a multi-award winning health advocate and patient engagement champion. She stated: “If lack of good information is a barrier to diversity and participation, then CROs and sponsors should aim to co-create that information, working with the community to maximise that reach.”

For the industry to make headway in terms of diversity, research and clinical teams should make diversity a priority – from investigators to participants.

Industry-wide efforts to be more inclusive are underway, such as the All of Us programme by the National Institute of Health. This aims to deliver precision medicine by taking into account individual differences in lifestyle, environment, and biology.

Other initiatives are more specific to certain diseases, such as The Skin of Color Society. But medical research still has a long way to go, and teams must understand the need for diversity in their trials.

Increased diversity is crucial for the future of clinical research

Despite medical research slowly waking up to the intense need for diversity within clinical trials, the industry still has a long way to go.

Differences between people, such as age, gender, racial background and geography, can lead to wildly different effects from the same treatment, and some groups may experience completely different results from the majority.

When the people who would really benefit from drug development are misrepresented, can we really mark a clinical trial as successful?

For diversity and equality goals to be achieved among clinical trials, teams need to be more dedicated in orchestrating change. All stakeholders play a role, and should make diversity in clinical trials a priority to begin to see real differences in the industry.

Remarkable means the right people, the right technologies and the right systems to deliver the best possible outcomes for you, your patients, and your clinical trial.

Let’s make your next study remarkable. Contact us now to discuss how.

mdtalk Episode 7: Disparities in access to women’s health care due to race, culture and socio-economic status

Posted | June 29, 2022
Welcome to episode six of mdtalk. Through this podcast and video series, we’re on a mission to highlight the most important issues impacting clinical research, the patient experience and the…
SEO Manager
Love0
Diversity

Posted | May 6, 2022
The US Food and Drug Administration (FDA) is recommending sponsors include a plan to enrol more participants from underrepresented racial and ethnic populations into clinical trials.  Under the new guidance,…
SEO Manager
Love0
EventsPatient CentricityPatient EngagementPatient Experience

Posted | February 9, 2022
Our Chief Operating Officer, Christopher Kennedy, recently presented at Pharma and Patient USA, a virtual event bringing together leaders in patient-centricity. Christopher shared our perspective on what it takes to…
mdgroup
Love0