An insight into the patient experience with Rachael Mole 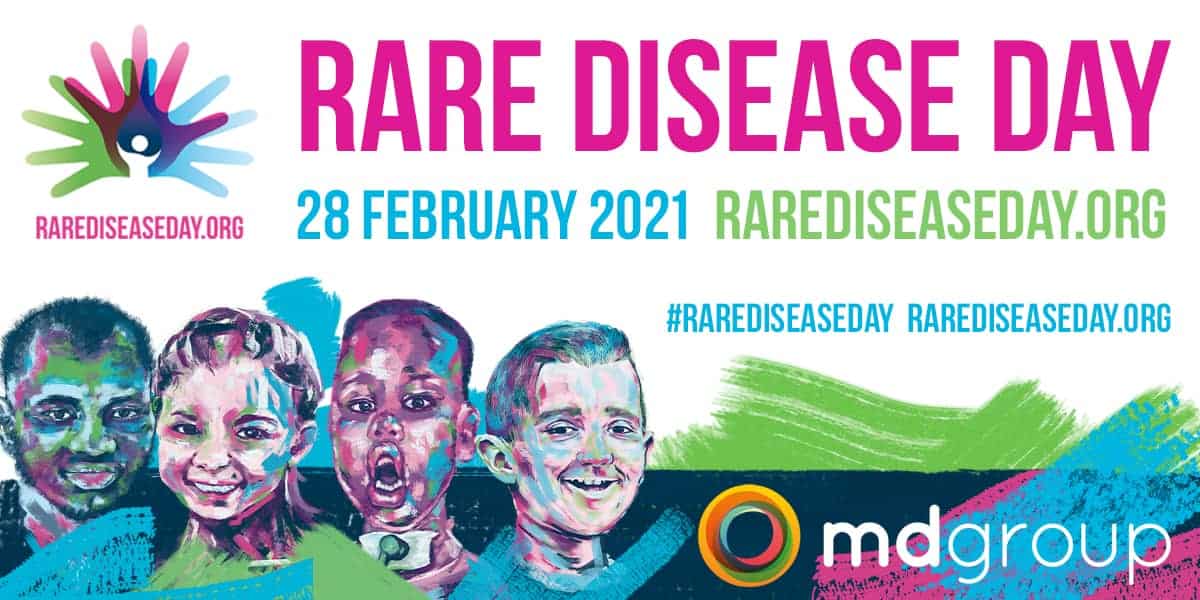 Living with a rare disease is challenging, and there is still so much more that can be done to educate the public, as well as healthcare professionals.

To show our colours for Rare Disease Day 2021 and to gain greater insight into the patient experience, we facilitated a team Lunch and Learn with Rachael Mole, founder of Sick in the City – an organisation that supports people living with chronic and invisible illnesses and disabilities.

In this interview, Rachael shares the story of her eight year journey to finding a diagnosis, the social stigma she’s encountered, and the challenges she faces living with Ehlers Danlos Syndrome Hypermobility Type 3, Postural Tachycardia, and Mast Cell Disorder.

I’m Rachel, I am the founder of Sick In The City, an online digital hub for women with disabilities and chronic illnesses to share their voices, their stories and their passions. I’m here today to talk about rare diseases because it is a hugely important topic that is so often left behind when we talk about health, disability, resources, and the allocation of funds, the development of medication, pharmaceutical interest, and it really shouldn’t be a topic that’s left behind.

I was diagnosed with Ehlers Danlos Syndrome Hypermobility Type 3, about four or five years ago. I’ve also been diagnosed with Postural Tachycardia, and Mast Cell Disorder.

I can wake up one day and the same activity the day before will take even more energy, or maybe I’ll wake up and it will take less energy. It’s really a bit of a energy roller coaster. I also live with pain every day. I think that, for me, is the least impactful symptom of my condition, because there comes a point where you just learn to live with it. But sometimes, you know, especially going through a flare up, I do have to stop myself from getting out of bed sometimes purely because the level of the pain plus the fatigue, the brain fog, it all just becomes a bit too much. And even though I probably could power through, it’s learning that actually, I shouldn’t.

Pre-diagnosis was really hard. You know, a lot of the narrative for young women who come in presenting with things that are going wrong, whereas the test results are proving actually, there’s nothing wrong, it’s put down to hysteria, to period pains to depression, anxiety, without really looking into anything any deeper. So for many years, I lived with a kind of cloud over me, where half of my brain was telling me there’s something really wrong, and the other half of my brain was telling me, well, if so many people are telling you that you’ve made this all up, maybe you have, maybe you are doing this to yourself. So pre-diagnosis was a very dark time, and that narrative, that story, I hear it again and again and again. Nearly every single young woman that I’ve talked to who has a chronic illness and a disability, especially those that are invisible, have had exactly the same experiences as me.

It has fundamentally changed my life completely. I went from being a sick young woman who was making it all up for attention, nothing was really wrong with me, test results coming back normal, to actually having something on a piece of paper that proves what I was going through was real and it was tangible, and there was other people experiencing the same things as me, so it made finding a support network, finding a, you know, a community that was hugely loving and understanding. It was just, yeah, it really did change my life.

So medical research impacts the way I live with my condition is twofold. The first being that any advancement in research leads to better diagnosis times, better drugs to either cure or support the really difficult symptoms. It also gives a kind of validation to my experiences, to my diagnosis. It’s no longer on the fringes, it becomes an accepted and more understood area, and the more research there is, the more doctors and medical professionals who then start understanding, accepting and then wanting to support that diagnosis.

Sick In The City is my answer to a glaring problem in our society. So not only is there no real link between day-to-day reading and enjoyment and content when it comes to accessible content, there’s also not a place where as a disabled person I can go to, to find career help, training, a place that really understands my needs. You know, disabilities should not and should never be a token issue. Companies should not be hiring people just to wheel out, to say, hey we’re inclusive! So with Sick In The City, it’s twofold. What you will see is accessible content. What you won’t see is that behind the scenes, it’s chronically ill and disabled people who are being hired to then be trained in digital content, writing, editing, to then go out into the world with a leg up, being able to prove that they can do the job to a really high standard while having all of their needs accommodated.

Rare Disease Day is something that really needs to be highlighted more. I would bet everything that you know somebody, or at least know somebody who knows somebody with a rare disease. We are everywhere. There is no escaping us, and there’s a certain strength to people who have a rare disease, because you’re not just fighting every day for a diagnosis, or for better care or for better understanding, you’re also battling everyday with the symptoms and the life that you have to still somehow lead, and other people’s judgement, especially if it’s an invisible disability, the stigma becomes even harder. You know, society throws up a lot of hurdles for disabled people and we’re awarded for passing over them, and it’s like, yeah, you can now enter our society, you’re good enough.

But we need to be really careful that as we progress, as we have our voices heard and as we champion each other that we don’t forget that there are people with disabilities who can’t speak for themselves, who don’t know how to, or who feel like their disease, because maybe it’s really rare, some cases, even just one or two people in the whole world might have it, that they’re not left behind. Because they’re not going to have the research, they’re not going to have the funding into their disease because it’s not profitable, because it’s not important enough, it won’t change enough people’s lives. So I will keep chatting and talking everyone’s ear off, to death, like I will never stop talking about disability equality, because I’m really proud to be able to associate myself with such an amazing group of people who go above and beyond what should be expected of anyone.

On a Mission to Change Public Perception of Parkinson’s: Alex Flynn and Justine Nunn’s Story

Posted | April 11, 2022
World Parkinson’s Day takes place on April 11th to raise awareness of the world’s fastest growing neurological disease. It is a cause very close to our hearts here at mdgroup. …
SEO Manager
Love0